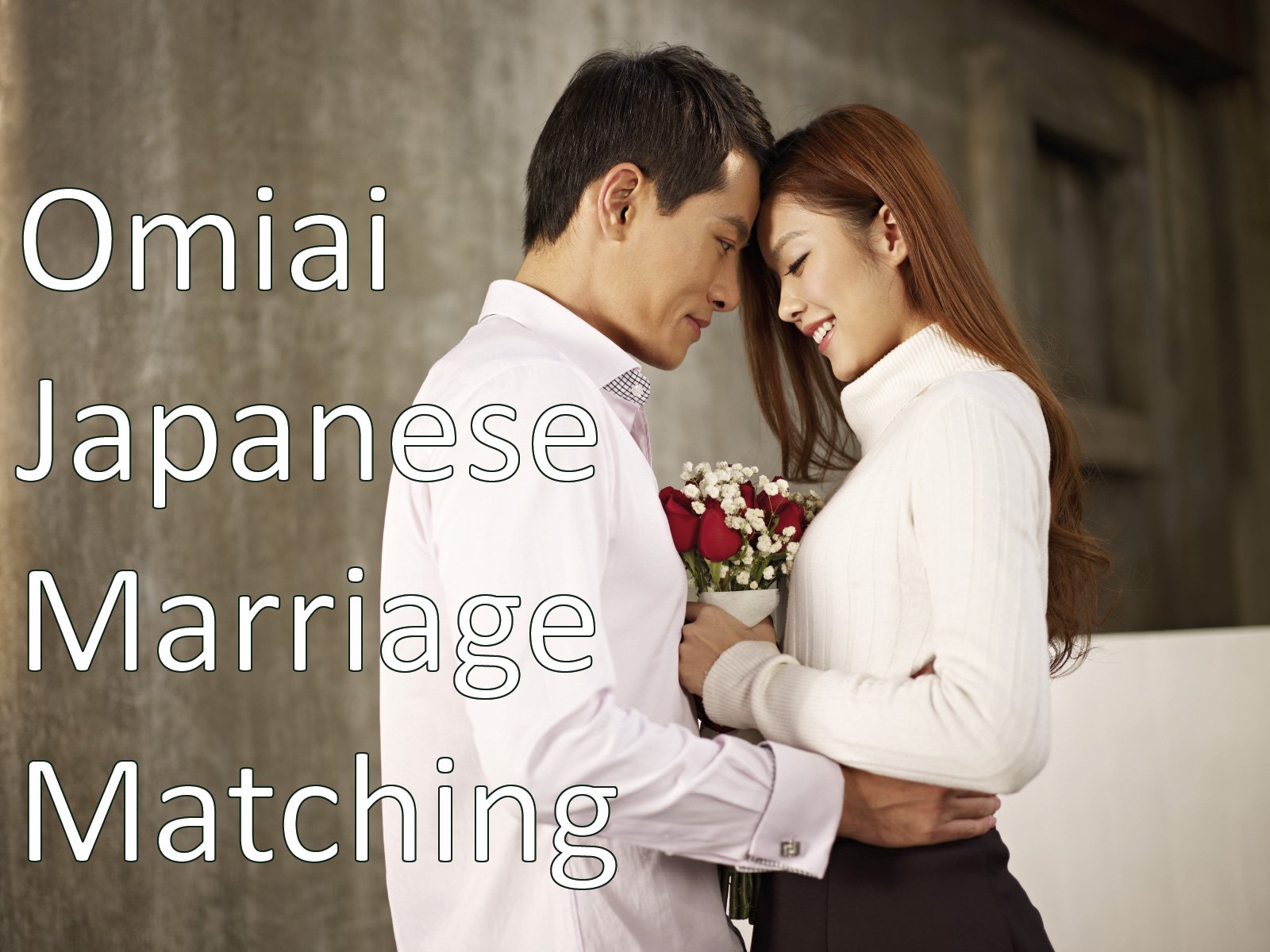 Omiai dating and marriage matching principles are used by Japanese marriage agencies to bring tens of thousands of couples together every year.

Omiai systems accounted for 5.2% of marriages in 2010, and 6.4% of marriages in 2015, a 23% increase in Omiai service use. Omiai popularity is growing. Largely because of challenges that exist within Japanese culture in relation to meeting and dating. Many people find it very challenging to find a marriage partner, largely because of issues around trust. While Japanese people are inherently very trustworthy, Japan is one of the safest countries in the world, few people trust those they do not know. Thus meeting new people, and dating, can be almost impossible. 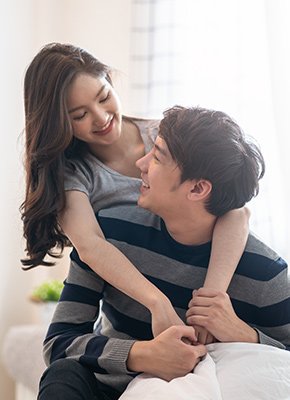 The Omiai system first came into being around the 16th century in Japan, during the Muromachi period.

At that time, Omiai use came with greater depth than present evolutions of Omiai. With each Nakodo, or matchmaker, performing their duty very solemnly, befitting the high level of respect needed for arranging marriage suitable for families, and their intended alliances. Omiai required very high levels of attention to detail.

Principally because in 16th century Japan bloodlines, family history, plus class, were all vital elements of Omiai. Matches between Samurai families could only hold if bride and groom were of correct status, with balance across each other in terms of importance. Thus Omiai was a very in-depth and logically detailed process. Omiai in 16th century Japan had little concern for initial impressions of love, though inherent within those performing Omiai matching was belief that such matching would yield loving marriage.

In Japan, as with many countries, class was seen as very important at that time, and many Japanese families did their best to emulate those of Samurai class, as they wished to appear more important. As such, many families adopted Omiai as a way to find a marriage partner suitable for their children, with Nakodo performing marriage matching on an increasingly wider basis. 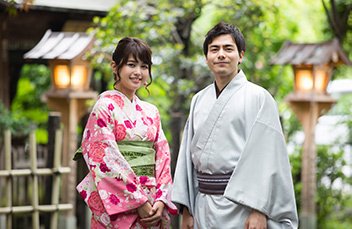 Over time, popularity of Omiai services declined in Japan, dropping steadily from around 69% of marriages being from Omiai in the 1930s and 40s, to 5.2% of marriages coming through Omiai in 2010. Changing views among Japanese people, seeking greater emphasis on love, rather than matchmaking based on background and other factors. Alongside this, the marriage rate per 1,000 went from 10.0 in the 70s to 4.7 in 2018. While Omiai use declined, marriage rate did too. Indicative of how challenging Japanese people found it to find a marriage partner. 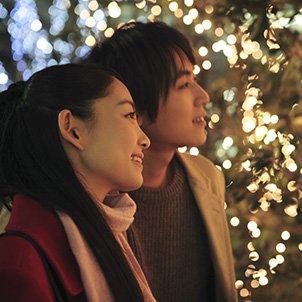 In recent years Omiai matchmaking has seen increase in popularity again. This time fueled by changes in marriage agency methods. Reducing focus on background, in favor of greater focus on inter-personal compatibility. Matchmaker Omiai services now focus on how compatible couples are, rather than family compatibility.

Naturally there’s variation in service levels between matchmaker Omiai services. Each Japanese marriage agency has their own standards, some being higher than others, as with times of old.

Now, you can expect high levels of support, with in-depth matching, coaching support, plus dating advice from your top level matchmaker. Meaning when engaging in such Omiai services, your chances of gaining successful happy marriage are high. Because most people find it exceptionally challenging to find a marriage partner, this kind of success is causing great demand in Omiai services again.

Your Nakodo, or matchmaker, is generally very relaxed now. Working calmly, yet cheerfully, in their Omiai marriage matching efforts. Largely through their desire to ensure clients are happy, at ease, plus importantly, themselves during the entire dating process.

With greater focus on developing a loving match, each Nakodo or matchmaker now looks very carefully at each person’s character. Aspects of psychology have come into effect in marriage matching with Omiai services now. That extra depth and care being taken as a measure towards ensuring maximum compatibility between couples seeking marriage.

Help Me Find A Marriage Partner

Naturally Omiai parties lack that depth given by matchmakers within marriage agencies. However, Omiai parties are often far cheaper, while still providing opportunity for people to find a marriage partner that they may never have met.

Social settings, usually bars or restaurants, ensure Omiai attendees feel good, helping them loosen off so they can communicate easily.

There is clear distinction here which allows Omiai parties to work. When visiting bars and restaurants, most people are strangers, thus concerns arise over what people are like, along with confidence issues in talking with them. Within Omiai parties however, attendees have that important sense of trust. Knowing that everyone else has been checked, depending on the marriage agency conducting the party, thus they can feel safe. Plus, as it’s an Omiai party, they can feel assured of some measure of positive response when talking, because everyone there wishes to find a marriage partner. 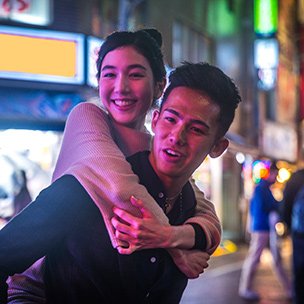 Because Omiai parties lack that depth that marriage agencies give to individual marriage matching clients, many Omiai parties have become more like speed dating parties.

While some Omiai parties are more like regular parties, where Omiai attendees mingle, chatting as they desire, becoming acquainted, exchanging details with potential marriage partners. Other Omiai parties have more of a speed dating feel, largely so that the marriage agency organizing them can ensure every Omiai attendee speaks with everyone, as such ensuring maximum potential is gained for dating introductions.

For those in their late 20s, 30s and up, Omiai parties are deemed less worthwhile. Largely as from that age on, people are far more serious in their efforts to find a marriage partner. As such they prefer methods which bring greater likelihood of finding that ideal marriage partner, rather then just dating someone who’s fun from a party they both attended. 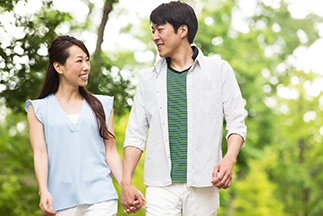 Anyone who has dated in western countries knows how challenging finding a good loving marriage partner can be.

Often it takes a long period of time getting to know someone in order to find out what they’re really like. What things they enjoy doing, their dreams for the future, what their family is like, plus so much more which is important in terms of having that depth of marriage matching needed for life long happy marriage.

Searching for someone can be like searching for a needle in a haystack, without any tools to help.

With modern technology, people find it easy to search for things via Google or Amazon.

You use search engines so you can find things easily. You use search engines so you can avoid spam sites. People use Omiai services so they can find a marriage partner easily. People use Omiai matching so they can avoid dating spam. Use of Omiai services means you can focus directly on those you’re most compatible with. Omiai matching means less time wasted, less heartache.

Omiai matchmaker work, and marriage matching services through marriage agencies are seeing increasing growth. Much movement towards Omiai services is due to disillusionment from people with dating, dating apps and dating sites in their area or region.

99% of people that Marriage Matching staff speak with in western countries, Australia, Canada, the U.K., the U.S. and New Zealand, all mention being tired of partners cheating, lying and wanting money more than love. So they seek out Omiai services which will match them effectively with a good loving marriage partner.

Additionally, many in western countries have become sick of fake dating profiles and fake dating sites.

Seeking Omiai services with quality marriage agencies, where they know people are fully verified as real, with all statements about themselves being backed up by certified proof. 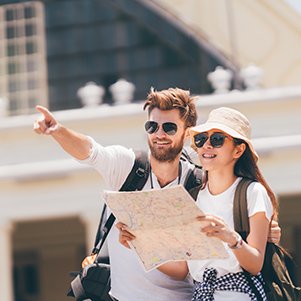 Omiai services with marriage agencies are helping people worldwide overcome mistrust of dating where they are. Through matching by Omiai processes, plus identity verification and background checks, marriage agency clients are seeing their faith return in being able to find a marriage partner who loves them for who they are. This is why Omiai and marriage matching services done by those skilled in matchmaking are experiencing strong growth globally.

Omiai through a good matchmaker means people find that right person with minimal fuss. As such, Omiai opens life up for greater enjoyment and fulfillment.

Omiai Dating And Marriage Matching Is It Right For You?

Omiai dating in its modern form, focused on love and personal compatibility, brings ease of connection for those seeking a well matched partner.

For those seeking marriage, Omiai services reduce heartache, and heart break. Through Omiai services people regularly find a marriage partner they love, and can build a happy marriage with, in around three to five months of marriage agency Omiai service membership.

Commonly at Marriage Matching we use Omiai processes to help marriage seeking clients who have had enough heartbreak, and just seek help in finding a loving partner. Omiai matchmaking works well regardless of culture, ethnicity or background. Providing you’re focused on love, Omiai introductions work well.

Omiai Marriage Matching Services When They’re Right For You:

For those seriously seeking marriage, Omiai services are highly beneficial. You get what you pay for though, so choose your Omiai service wisely. Not all Omiai agents are equal, which is often reflected in pricing. Check your choice of Omiai marriage matching service carefully. Having a good Omiai matchmaker is incredibly valuable, they work hard which means they can find a marriage partner who can fill your life with love and happiness more easily. Omiai services are very valuable when that’s what you want.